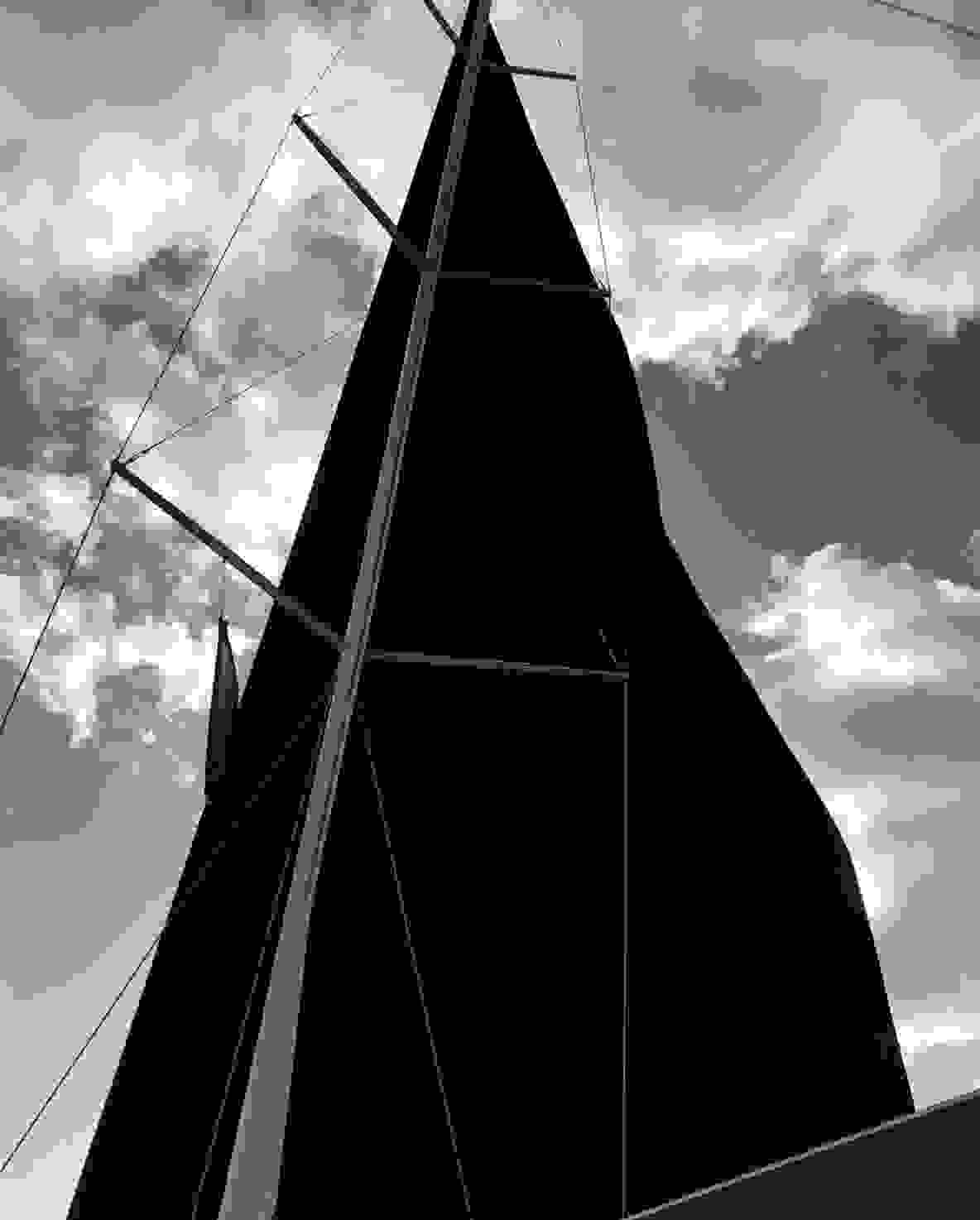 There is a lot of research done for light wind sails depending on the Aspect Ratio of the sail, its Draft position, the twist it should have and the Maximum Depth.
The main factors of this research is that the air can’t have a smooth flow over 21% dept. Also its known that up to 85% of < J >, the wind can have a smooth flow  on winds up to 3Knots. Over 85%*J you get turbulent flow.

Your boat slows down, and the resultant force moves back making your boat bare away. It’s also known that up to 135% of < J > you may sail up to 7 Knots of wind for the same reasons mentioned above. As for the maximum depth Draft position and Twist  depends on lot of factors. Wave motion, stability of the atmosphere and the characteristics of your boat and rig.

DRIFTER REACHER
This is the most effective and mostly used Drifter. Its made of spinnaker 1.5US/oz or very light laminated fabric. It has an LP of 150% to 170%. In these days some sail makers call it Code 0 Like the spinnaker, Close-Reachers, called also Code 0

WIND SEEKER
This is a Full hoist sail, made from 0.75 to 1.5US/oz Nylon or polyester spinnaker cloth, depending of the size of the boat, with an LP 85% to 100% and a wire Luff. Its hoisted when there is no wind. Usually we have a 6mm sheet attached to it and hold it till it starts to fill with a little wind, Then we attach it to the Genoa Track and keep it up till the wind goes up to 3-5Knots. Sometimes we can use it with the reaching Spinnaker as a staysail often called Dazy staysail. It gives us stability but it often occupies the crew too much so sometimes we don’t use it at all.

DRIFTER GENOA
This Drifter is for upwind sailing. Its full hoist with a wire Luff or a pre-stretch rope attached to the forestay. Its made from 1.5US/oz polyester spinnaker cloth or from a very light laminate. It has an LP 135%*J since its made for winds up to 7Knots apparent. As explained above in wind strength up to 7Knots apparent the wind becomes turbulent after that. Its used in flat seas, a good wave can blow it out. Its used mostly in light displacement sailboats.